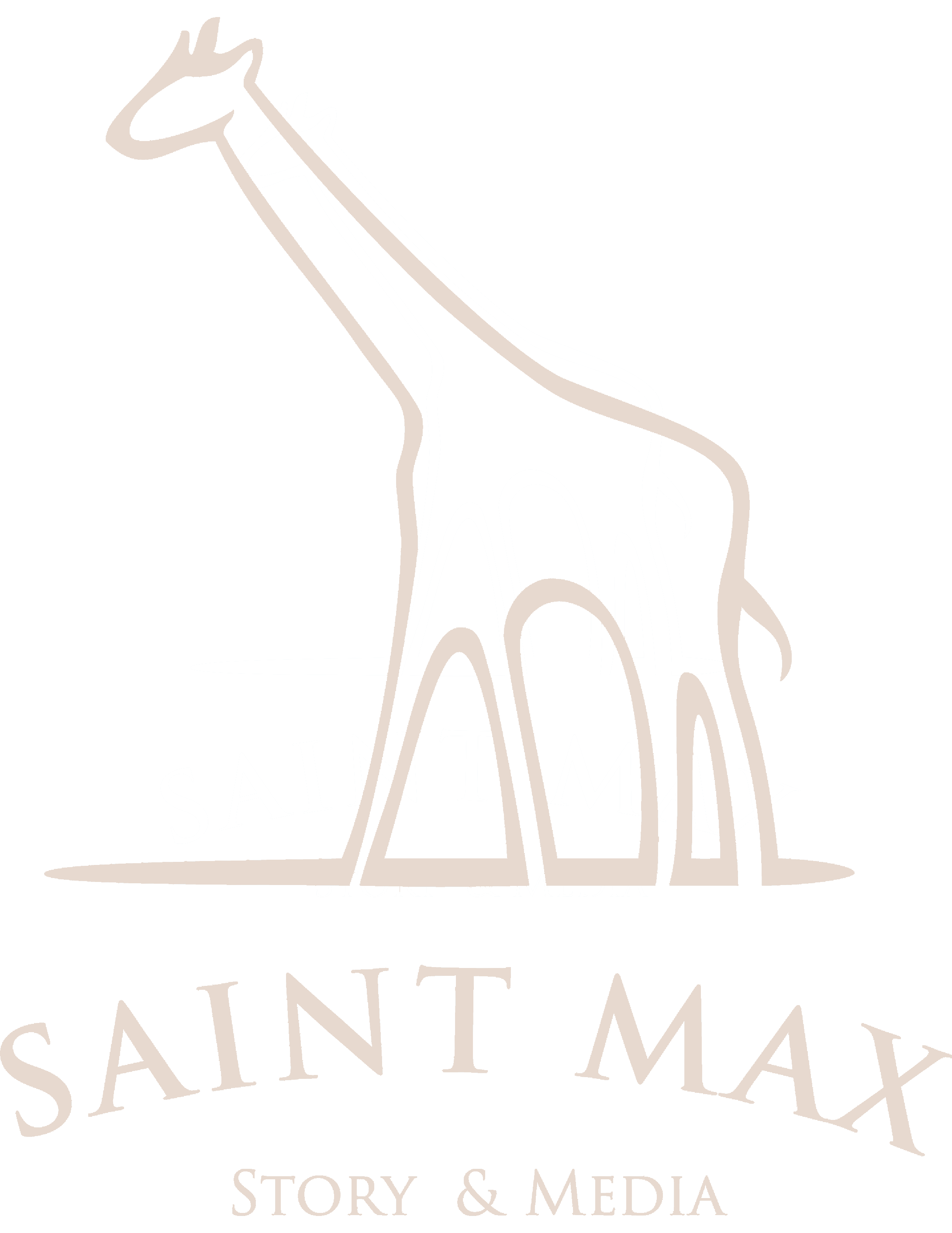 To bring life-giving stories of people, communities and the world, but most importantly to bring light to a new generation of watchers.

Saint Max, is named after the brave and evangelistic Saint Maximilian Kolbe, who was a Franciscan Priest. He believed in the power of prayer to the Virgin Mary and evangelising through media.

He started his own magazine called the “Rycerz Niepokalanej" (Knight of the Immaculate). With health issues, he returned home to Poland and continued his Mission through World War II. Saint Maximilian was arrested and, at some point, transferred to Auschwitz where he was tortured.

Saint Maximilian Kolbe volunteered to take the place of a man, with a family, who was going to be executed along with other men. They were chosen to face death by starvation, to derail escapees.

The giraffe is a leader. Why is the giraffe a leader?

Giraffes have the biggest heart among all other land animals. Its heart works to pump blood throughout its whole body. Like the giraffe, a leader’s heart must be big enough for all they lead.

Giraffes are also the tallest land animal with the farthest sight. This allows it to see danger before it arrives and other animals trust in its instincts. Like the giraffe, a leader must see ahead and have others trust in his/her instincts.

Giraffes are gentle giants. Though they are big in size, they are kind in heart. While spotting danger, a giraffe does not panic but simple wiggles it’s ears as a warning to other animals. Like the giraffe, a leader must be kind and calm when communicating with others or facing a problem.

Giraffes though tall, are grounded animals. Always with four legs on the ground it never wavers. Like the giraffe, a leader must be always be grounded in humility and prayer.

See What we offer

Everyone has a story to tell, our job is to help you tell it in new and life-giving ways.

Let us capture the stories you want to tell, the memories you want to keep and the ideas you want to spread. We do this with a wide range of videography services that we offer, from creating awareness of social causes, to corporate videos and covering events.

No one does story telling quite like us. We want to hear your stories and we want to help you make it come to life. We invest in the stories you want to tell and produce the best possible videos we can to help share it with everyone.

If you're stuck on ideas, we have loads to share. Let us help you create the best video for your needs. There's the perfect idea, just waiting for you.

Regardless of the scale of your event. We always strive to provide top notch, excellent event management and production services. Seeing to your each and every need, working together with you, as an extended arm of your team. Allowing you as the client to enjoy the process and have a stress-free event!

We love sparking new conversations, so have a chat with us.